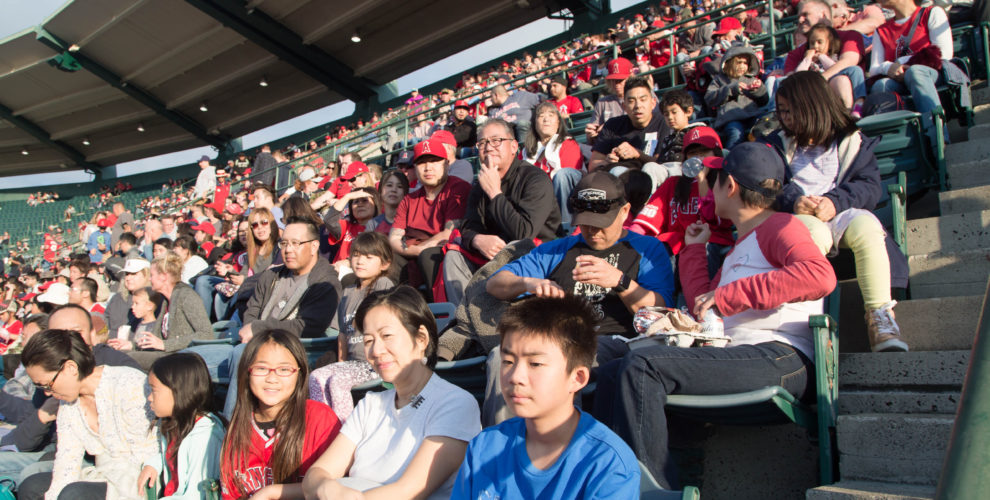 OCG was well represented at Angels Stadium on April 20 when nearly 200 students, family, and friends attended the Los Angeles Angels of Anaheim vs. Seattle Mariners baseball game. Despite the fact that the Mariners took an early lead, it was a fun game to watch as there were several moments when it looked like the Angels might come from behind. The entire stadium participated in several rounds of the wave towards the end of the game, but the Angels lost the game, unfortunately. OCG families enjoyed an evening of perfect weather and good company, and many of the students received free Angels jerseys. The evening closed with an impressive fireworks display.

Naomi and Jessica Uyehara of JFL 5-6 said, “My favorite part about the Angels game was seeing my classmates and teachers. It was a lot of fun getting together with everyone!” and “This is my first time at an Angels game. Hope we have more opportunities like this at OCG!”

JFL first grader Alisa Brinkman said, “It was exciting that Albert Pujols broke Babe Ruth’s record [for RBI]!” She thought the fireworks were “cool but a little scary – especially the ones that came from the field!”

Thank you to everyone who helped to organize this fun outing!